The Watchman & Friends can be booked in many different configurations. Depending on the venue, budget, or musical preferences of a club, theater or festival. Here's the line up of musicians The Watchman likes to play with, feel free to combine for an intimate theater show or a steaming club concert, a unique mixture of Transatlantic folk , blues and original songwriting. 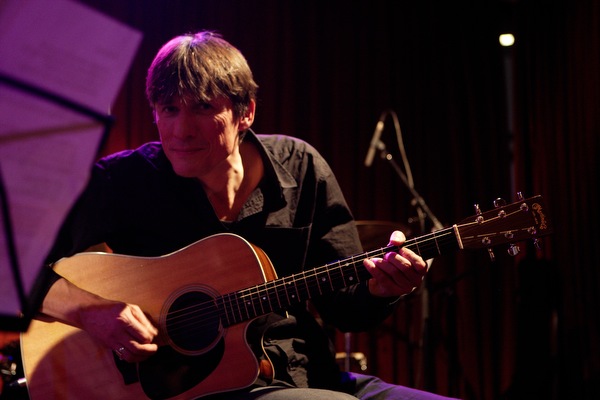 Multi disciplined guitarist. Studied at GIT in Los Angeles and played with several international acts, Rosa King, Sister Sledge, Georgie Fame and many others. Is a fabulous player, both on acoustic and electric guitar, his breathtaking guitar solo's excite every audience.
Listen and watch a live version of the song "Hunger and Play". 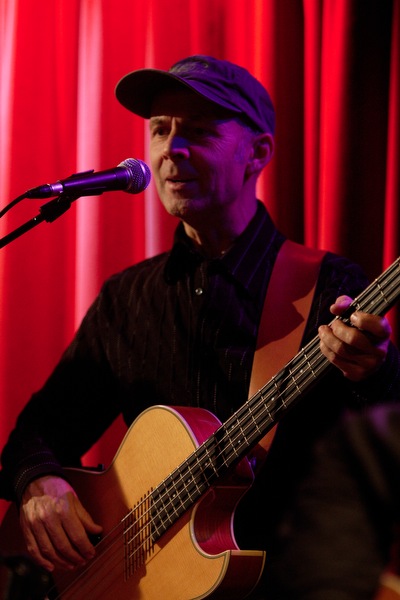 Gifted bass player who has stood by The Watchman for many years. Worked on several productions with Slagerij van Kampen, Tambourine, The Space Cowboys and many others. He's the warm heart of The Watchman band. 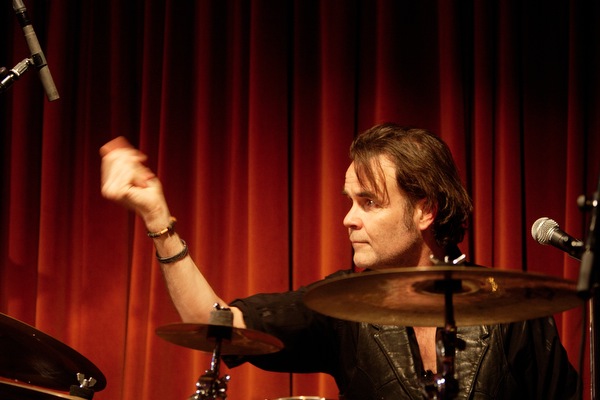 Mr. Groove! Played and recorded with almost everyone, too long a list... Also a great singer, harmonica player, an all round musician. Great fun on stage! Watch Sjoerd. 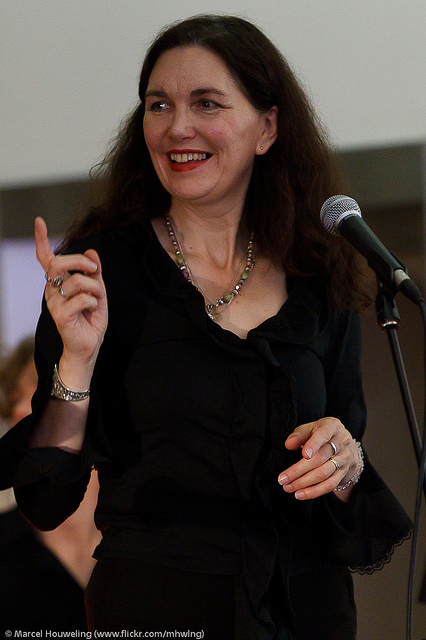 Singer, poet, producer, sound engineer.
Partner in Music of The Watchman. Produced many albums for The Watchman and others (all albums of the worldmusic group No Blues). Sings with a folk ensemble: The Folksurvivalclub and is also singer with No Blues.

Listen to her sing "To Be Loved by You" on the new album "Over the Top". 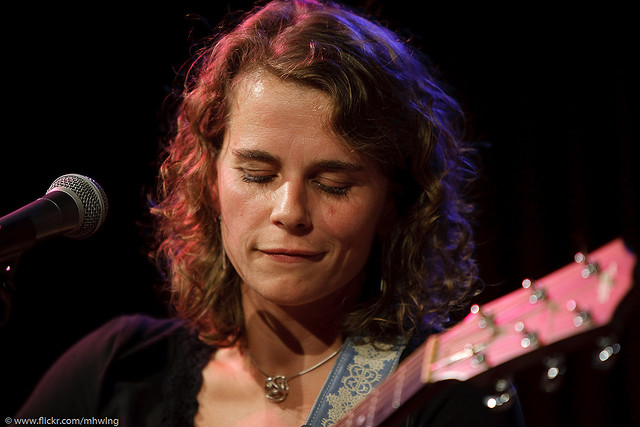 - The Nightingale of Antwerp. Gifted singer and Folk guitarist with a high, airy voice. Is also a member of The Folksurvivalclub and released a solo album "Won't you try". Listen and watch: "I believe in Rock and Roll"

Young amazing Belgian accordeon player. A rising star in the World and Folk music scene. She has her own trio KV Express and plays with Urban Trad, Dazibao, No Blues and others. Listen to her beautiful playing on the album "Over the Top" in the song "La Valse du pont des Amours". 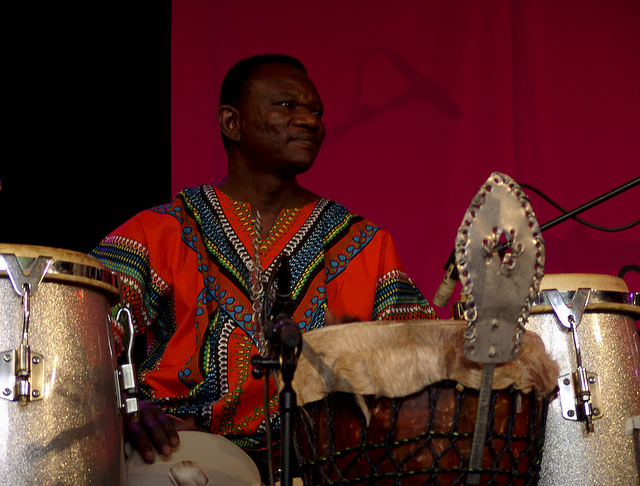 Master on percussion from Karthoum. An icon in World Music, member of No Blues.
Listen and watch in this video of the song "Dumbo". 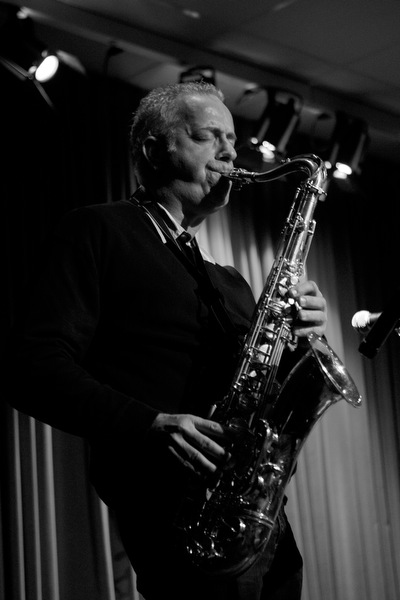 Excellent Saxophone player. Plays in the World famous Metropole Orchestra and leads the Timeless Big Band. Adds a very special flavor to the Watchman album "Over The Top".
Listen to the song "Somewhere in this world" 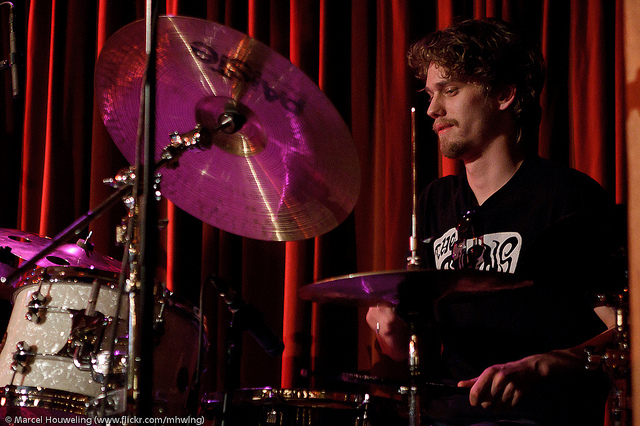 Young and energetic drummer. Ad's son, catching and inspiring performer, plays together with The Watchman in the blues group Hootenanny Jim.

AD VAN MEURS, AKA THE WATCHMAN 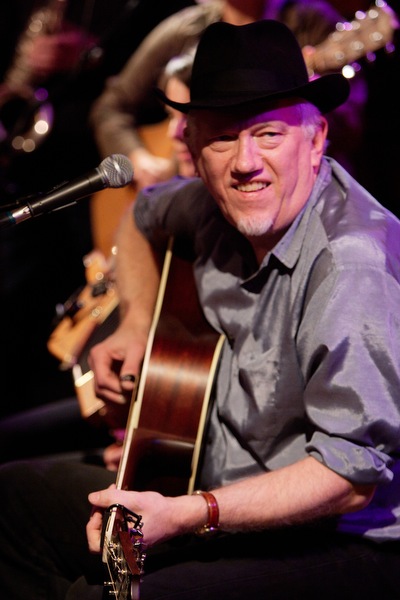 "It's all about the song" - For more than twenty years now, Ad van Meurs -who has become an icon in the Dutch Trans Atlantic Folk and Blues scene - has played an important role as singer songwriter, guitar player, organiser, writer and film maker. His strong connection to the USA make him an internationally acknowledged artist, who feels perfectly at home on stage, playing great acoustic guitar (slide and finger picking) and performing his intricate songs, dark, romantic, yet uplifting. He forms an ideal conspiracy with his partner in life and music Ankie Keultjes, singer, sound engineer, producer and writer.

In The Netherlands he is accompanied by some of the best Dutch musicians (on the eleven Watchman albums that have been released since 1991 on Ryko disc, Van Records and Continental record Services) who make sure that a Watchman & Friends concert is always a very exciting experience.

He is also a part of and driving force behind the very successful world music Group No Blues, a group that has developed a beautiful style, combining eastern traditional music and western folk and blues: www.noblues.nl.

Then there is The Folksurvivalclub, a pure folk project, Ankie Keultjes and the Belgian folk singer Marjan Cornille performing his songs on the album Break of Dawn: www.folksurvival.nl .

You can listen to his new album: http://music.advanmeurs.nl